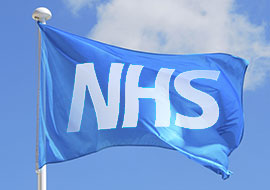 The UK is presently alarmed about giving (American) corporations more access to the NHS.

Behind this sits a more worrying aspect to privatisation. It motivates corruption.

Fundamentally, good economics suggests that “the market” is the most efficient way to manage resources. Price indicators generate market signals that spur innovation and investment while enabling people to prioritise what matters most to them.

Good economics, however, also notes that a great many things don’t work well in a market because of externalities and market failures – which are caused by things like natural lack of choice, cost of market entry, and unpriceable outcomes.

We see this in housing. A shortage of houses for sale causes prices to rise, and so more companies include housing in development schemes. The market motivates them to capitalise through the profit motive.

However, the market also says that if you can’t afford a home, don’t have one, just die cold and wet in the streets instead. The market is fine with that outcome, but society isn’t (or shouldn’t be). So the state builds housing (or used to) to avoid this unpriceable outcome.

Now, the problem with privatising public services is not actually that markets kill people. Lack of state intervention does. For example, water companies are not allowed cut people off for non-payment – thanks to long-standing state regulations.

The problem is more where natural monopolies result in a lack of choice, and thus few of the benefits of privatisation arise naturally.

We see this in railways and franchising. Rail franchises have no market pressure on them to reduce ticket prices because commuters can only choose a single bit of track for their journey. That in turn undermines the price-competition motive to invest in more efficient and reliable operations, while passenger prices rise endlessly.

Without market motivations, passengers effectively cease to be a rail company’s customers.

Instead their customer is the government. It is Ministers, advisors and civil servants – not passengers – who award rail operators their access to billions of pounds of income.

That creates a massive motivation to engage in corruption, and in the UK corruption is very easy. We have remarkably lax rules on directorships, speaking engagements and the presumption that a CEO’s party donation is not bribery.

That doesn’t mean everyone is corrupt, but the motive and opportunity are clear for all to see.

The NHS in the UK has two paths towards privatisation.

One is the move to charge consumers for healthcare in a “normal market choice” dynamic. That would lead to the state needing to find ways to mitigate the “can’t afford” effect in which sick people die through lack of treatment. And that is always expensive.

The other is the path it has taken so far – making government the customer instead of patients – just like the railways. That offers none of the natural benefits of marketisation, and it generates motivation for corruption.

Given that the NHS is more than 7% of the UK economy, that’s quite some motivation to open up.