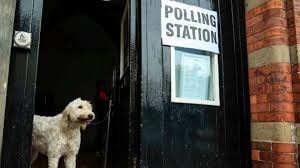 The chaos from Downing Street since opposition parties united to fight “no deal” has helped the opposition no end. But a General Election might fracture their alliance still.

Birth of an Alliance

Two big things happened this summer. One was that remain parties agreed an electoral pact for a by-election that saw the Lib Dems win Brecon and Radnorshire from the Tories. The second was that those parties (Lib Dems, Greens, Plaid Cymru) signed up with Labour, SNP, and CUK to form a rebel alliance against “no deal”.

Now, with a Tory government deposed in all but name, the question of what comes next struggles to fill two lines without answering “a General Election”.

So how will the diverse but overlapping motives of those parties play out at an election, and will that fracture the alliance?

The easy “win” among these parties is the tried-and-tested remain electoral pact between Greens, Lib Dems, and Plaid Cymru. Having examined the motives for this here before it even happened, it’s emergence for the Brecon by-election went exactly as expected.

Firstly, the three parties with most to gain were indeed the three parties who signed up. Secondly, they found easily enough that they had lot in common (i.e. not just “remain”, but broad agendas and electoral reform). Thirdly, and perhaps least easily predicted, “they” won.

“There’s little to motivate the SNP to throw all in on a pact.”

The idea that these parties would give up such a winning weapon from their armoury for a general election seems almost silly. Add in a sop to Change UK in the form of a couple of seats offered a free run to keep popular MPs in the Commons and there’s little to prevent this happening and working at a General Election. If personalities and complexities stop this, the parties in question will have let their own motives down badly.

What about the SNP?

As discussed previously regarding that pact, the SNP simply don’t need allies. They are the major party in Scotland so have a huge First Past The Post (FPTP) advantage already. There might be some value in playing nice with others – especially as they might all end up opposing “no deal” again after the election. But that could resume later anyway.

So there’s little to motivate the SNP to throw all in on a pact unless they think the Tories will hold an uncomfortable number of Scottish seats, or they think it will simply go down well with Scots to be seen to be part of the anti-Tory fight that way.

“Labour is still not a remain party, but other policies matter too.”

All that said, if they do consider it, their broad political agenda will sit comfortably with the other remain parties so long as, like Plaid Cymru, they don’t push independence too hard on the doorstep right now.

The Labour Elephant in the Room

The big question mark for the “rebel alliance” has to be Labour. It has been a model ally so far but like the SNP in Scotland, Labour is a “major” party (across Briain) so it can benefit from First Part The Post over-representation too. As such, the cost of trading off seats and campaign policies is potentially much higher for Labour than other parties.

More crucially, while the “rebel alliance” formed to stop “no deal” Labour is still not a remain party. This reflects its complicated mix of constituencies and agendas that are, frankly, inevitable in a much bigger party. Being seen (rightly or wrongly) as a remain party in a remain alliance might put some Labour seats at risk. At the same time, parties who feel “remain” is their great electoral campaign asset might fear losing out electorally by aligning at all with a more ambiguous Labour Party.

“A pact offers an impure path to “remain”, but is a credible route to outright victory.”

Other policies matter too – though here there is probably less to worry about on all sides.

Although Labour is cast as unusually radical at present, it actually has less policy tension with the other opposition parties than it did under past leaders. It is presently somewhat sanguine about the legitimacy of Scottish or Welsh Nationalism in a way past incarnations of Labour were not. It is also less likely to be affronted by a desire for electoral reform than in the past. Its renewed preference for state ownership is also shared by allies in the Green Party.

So Can the Alliance Hold?

If the rewards are big enough then they should motivate some form of pact or non aggression – especially if that reasserts a “Get the Tories Out” feel for voters.

In this regard, the exact Labour policy on brexit is probably bearable for remain parties  so long as it does not taint their clear “remain” credentials among target voters. Labour has many remain MPs and seats already and while its policy is that brexit should still be negotiated, it then says it should be sent back to the people in a new referendum anyway. So remain parties would get the referendum they campaign for.

In return for this impure but possible path to “remain”, Labour offers a credible path to outright victory. It is better placed than other parties to unseat large numbers of brexity Conservative MPs with less brexity Labour ones – even if those new MPs are not actually “remainers”. That would still help serve the agenda of the other allies while Labour’s 400,000+ activists showed in 2017 that they pack a hell of a punch under pressure.

“There are stong motivations for co-operation but timing may be a crucial faultine.”

In return, Labour might consider achieving minority government with backing from smaller parties a “win” to some reasonable extent, especially up against such a right wing Conservative leadership that has shown itself willing to go to any extreme. So all sides have something to motivate them.

Labour’s concern, however, will be that by aligning at all with remain parties it may put at risk pragmatic leave voters in seats it needs to win. This would happen if it allowed Labour to be cast (rightly or wrongly) as remainers too.

So in the end a lot of constituency analysis will likely be behind whatever decision is arrived at on Labour’s involvement.

Electoral pacts of any sort are actually very rare despite FPTP clearly creating strong motives for them. So don’t bet on it happening.

That said, there is a lot of good will among the alliance parties right now, especially with Labour – the least “remain” of them – proving so willing to compromise on things like making Jeremy Corbyn a caretaker PM so as to stand so squarely with the alliance so far.

That makes the next big test one of timing.

Ian Blackford, the SNP leader in the Commons, appeared to agree to an October election at PMQs this week. That did not go down well with some other rebel parties although it now seems he was not really expressing a view on the date but on wanting an election in general. The date had just been mentioned by Downing Street and he went with it.

Other parties, including Labour, will no doubt have conflicting views (internally and externally) about what date works best. For the SNP, an earlier election plays well. The Tories are leaderless in Scotland right now, and Scotland is so overwhelmingly “remain” its campaign writes itself whenever voting happens.

For other parties a later election probably plays better, especially if it happens after brexit is further delayed. That would cast Johnson as having failed – his “do or die” slogan looking like “dead”. It would thus keep the Brexit Party in play, probably hurting Tories if they run a brexit-dominated campaign like in 2017.

So stong motivations for co-operation remain, but this matter of timing is now crucial to the future of the alliance and how it plays out.