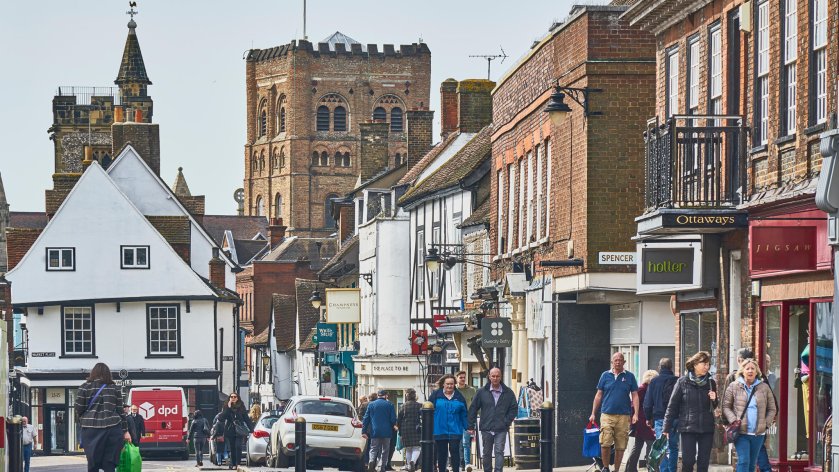 St Albans is a Borough constituency in the East of England.

It has a four star target rating for Lib Dems at an upcoming General Election.

For remain-motivated voters St Albans offers a good chance of a remain outcome – by voting Lib Dem to defeat the Conservatives there.

It is also very unlikely that voting Lib Dem will increase the chances of an accidental leave outcome. This very unlikely risk would be if Labour (third place in 2017, and over 20% behind the winning Conservative candidate) were to overtake Lib Dems in the seat but insufficiently to win.

For voters unable to support Lib Dems on conscience, but keen to still deliver “outcomes” other than a Conservative MP, please consider the following options:

Remain-motivated voters: Campaign for neighbouring Watford’s Labour MP/Candidate who can win and openly supports remain and a People’s Vote – for a non-Lib Dem remain outcome.

Green-motivated voters: There are no strong Green target seats immediately adjacent to St Albans, but Bunckingham (also in the South East) is one of the party’s 2017 second place constituencies, so needs campaigners there.

Why St Albans is a Four Star Lib Dem Target

Based on our criteria (read here) the following five factors are key:

This is within the margin of their uplift in polls since then – albeit at the upper end of that margin.

This means a split “opposition” vote is a risk. A solid Labour vote, while unlikely to win, might prove difficult to convince to vote tactically for Lib Dems but offers significant numbers of votes if successful.

This means a pro-remain campaign will likely go down well in this pro-remain seat.

Anne Main MP (Conservative) recently voted in the Commons against blocking “no deal”.

Such a clear chance to cast the incumbant as a severe pro-brexit candidate is a Lib Dem advantage.

Presumption is they will stand – potentially attracting otherwise Conservative voters – but we will update when more is known.